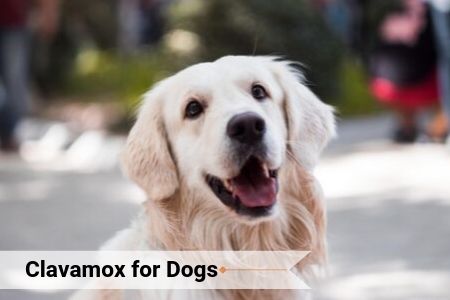 Clavamox for dogs is a reliable antibiotic that is broad-spectrum similar to doxycycline and amoxicillin. It is very similar to the drug Augmentin that is used to get rid of bacterial infections in humans. Clavamox is a combination drug that blends the antibiotic amoxicillin trihydrate and clavulanate potassium otherwise known as clavulanic acid. As Clavamox is amoxicillin based, it means that the drug can last longer than penicillin would as it battles an illness. It is resilient against stomach acid and will kill Gram-negative as well as Gram-positive bacteria. Clavamox also is much more easily absorbed in a dog’s system then its previous antibiotic version called ampicillin. Earlier antibiotics such as ampicillin became problematic when bacteria became resistant to them, stopping their effectiveness. Clavamox continues to work well against these resistant bacteria with the help of clavulanic acid. The clavulanic acid stops bacteria from fighting the amoxicillin making the drug-resistant to bacteria and reliable in the fight to combat it.

Clavamox is unlike other medications in that it was specifically created for veterinarians to use for dogs and cats. It's not a watered-down version of a human drug. Clavamox is dosed orally in tablet, chewable or suspension drop form with the sole purpose of combating bacterial infections. This medication does this by stopping bacteria from creating strong cellular walls during their growth while inhibiting peptidoglycan chains from linking up. These chains are a significant part of Gram-positive and Gram-negative bacteria cellular make up which is why stopping their linkages halts the bacteria. The clavulanic acid supports this work by stopping an enzyme that is made by the bacteria called beta-lactamase. This enzyme can stop the amoxicillin from working so by adding the clavulanic acid to amoxicillin, the combination in Clavamox becomes more effective against bacterial infections.

This strong broad-spectrum antibiotic means that Clavamox is used to fight off various illnesses such as skin infections, wounds, abscesses, upper respiratory issues, pyoderma, cellulitis, gum infections, bladder problems, and bacterial disease. It has also been shown to work on fighting many different strains of bacteria such as Staphylococcus, Streptococcus, and E. coli in both aerobic and anaerobic forms. Before Clavamox is prescribed the vet may take a culture to make sure Clavamox is the right choice to treat your dog. While it treats many varieties of bacterial illness, it can not be used for viral or fungal infections and is not helpful against all bacteria or Enterobacter or Pseudomonas bacteria. A diagnosis will make sure that your dog is being treated appropriately with Clavamox.

Uses for Clavamox in Dogs 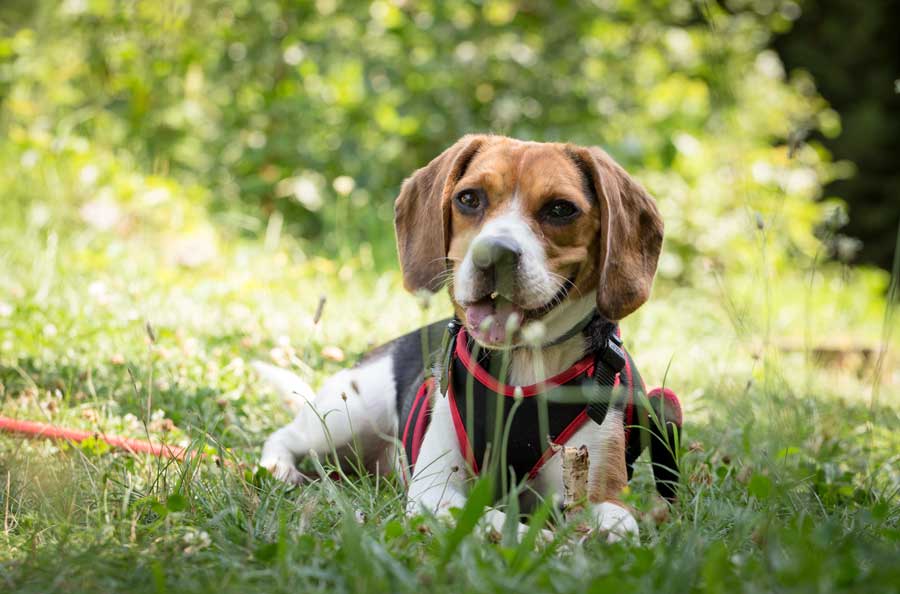 Clavamox works on both Gram-positive and Gram-negative aerobic and anaerobic bacteria plus many other strains that can be harmful to your dog. It specializes in combating skin and soft tissue infections that include cuts, abscesses, cellulitis, pyoderma and gum infections. It has a wide range of treatment abilities that are boosted through its dual medication platform allowing vets to apply its uses in a wider span.

Clavamox can be used to treat:

As with any prescribed medication, you should only give your pup exactly what is directed by your dog’s veterinarian. They will set the dosage and timing as they feel will be best for your dog. Don’t adjust the quantities or timing of doses as it could do more harm than good. You must also make sure the full regimen of the prescription is completed as it is often problematic to shorten the required treatment. Just because your dog looks better does not mean they are fully recovered. You can’t stop administering the drug before it is fully run its course. If you fail to give the drug as prescribed, your dog can have a relapse when the bug rebounds. The other problem you can encounter with not fulfilling the full prescription time is that the infection can become resistant to the antibiotics making full recovery even more difficult. 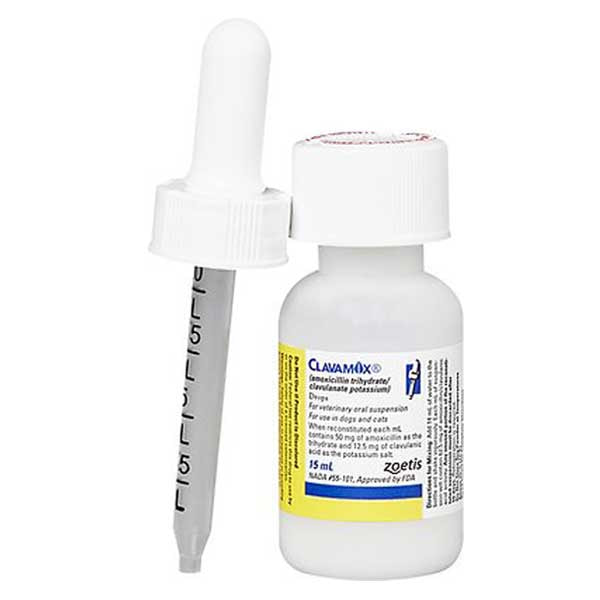 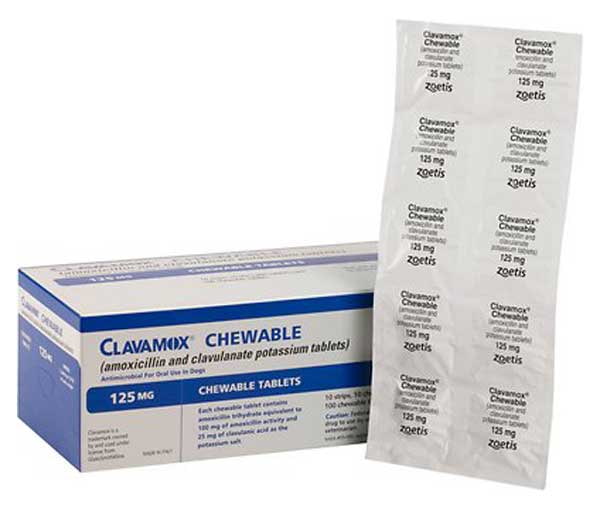 Clavamox is fairly straightforward when it comes to dosages for your dog. If you are giving them tablets, your dog's veterinarian will start at 6.25mg per pound, drops at 1ml every 10 pounds and chewable at 6.25 per pound. The frequency will usually be every 12 hours from 7 days up to 30 in most cases. Now although this is suggested by the drug manufacturer and followed by veterinarians, there may be shifts in the numbers. The amount, length of time to be taken, and hours between doses may change depending upon the dog’s situation. A vet may feel that a dog needs it for a longer period to combat a bacterium whereas others may not need this. Either way, your dogs’ vet will be the one to outline the medication plan in the hopes that you as an owner will follow it closely.

Many antibiotics don’t require that dogs take them with food but in the case of Clavamox, it is suggested that they do. The drug can upset their stomachs so having food with their dosage will help settle this. It will also speed up the absorption of the medication. Along with food, fresh water is important as well to keep them hydrated and assist in the absorption of the medication.

As with most medications that are taken over more than a few days, your dogs’ vet will probably suggest that you administer the medication to your dog at the same time every day. This is important as it not only makes sure there are no missed doses but it makes sure that they will always have an equal amount of the drug in their system so there are no ups and downs.

Clavamox needs a prescription from your dogs’ vet if you are going to purchase it. While it is good for most dogs, some may be at risk if they take it. It is not recommended for:

All these pups can use Clavamox but only under close veterinary supervision as it is hard to process if there are kidney or liver issues which can lead to having too much of the drug in the system and overdosing. Pregnant or lactating dogs can also have issues as the drug can go through the placental barrier and is also often found in breast milk.

If you are using regular tablets rather than drops or chewable then a pill pocket may help. You want to choose the most efficient form of administering the medication, so your dog gets the proper dosage easily. 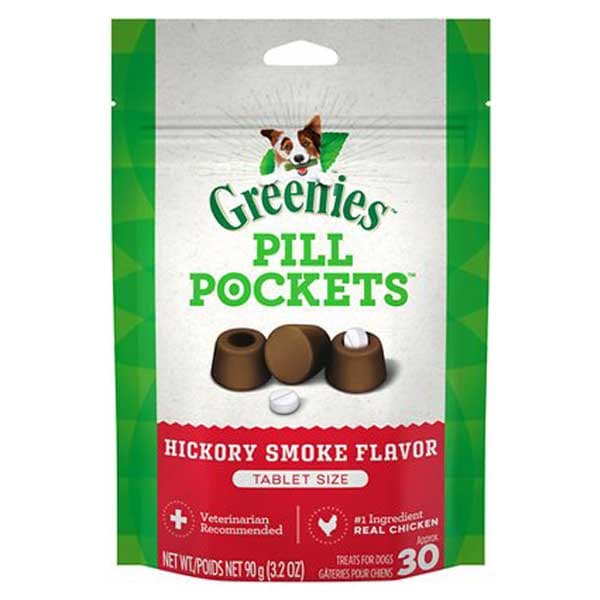 Clavamox is similar to most penicillin-based antibiotics in the fact that they are usually prescribed to fight off a bacterial infection that your dog has picked up. However, because of the family of antibiotics Clavamox comes from, there is a chance that your dog could react poorly to it. If your pup has had penicillin or a related drug before and reacted strongly to it then Clavamox may be an issue for them and cause a severe medical reaction.

A second issue that may arise is the negative interaction of Clavamox and other medications your dog may be taking. Make sure your dogs’ vet is aware of any vitamins, minerals, natural or synthetic drugs or herbal products they are taking, so you can be sure there will be no negative interactions. Clavamox does not mix well with: 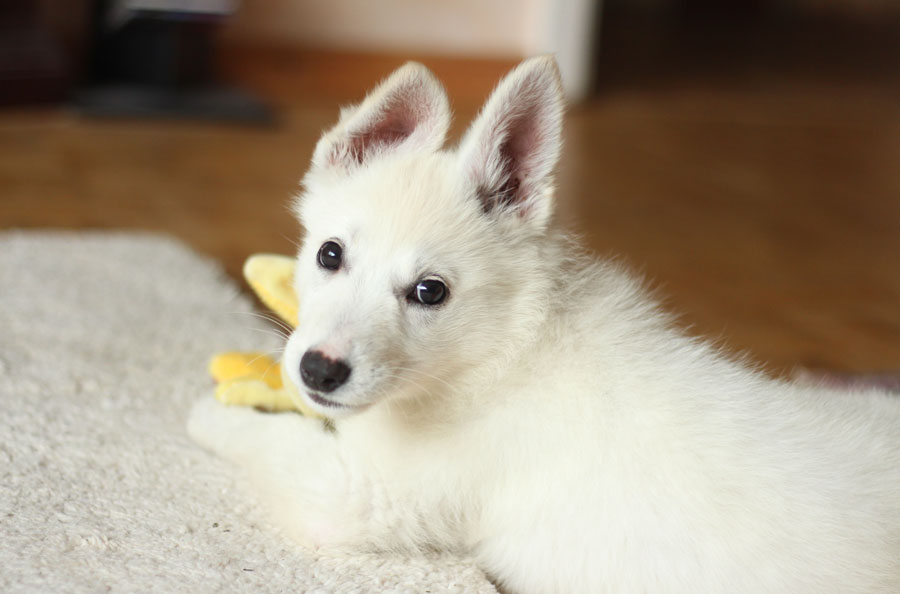 Even though these various drugs may react negatively, your pup may still be able to take Clavamox. You will simply need to be more watchful and possibly adjust the timing of doses so there is enough time between types of meds to make sure they don’t interfere with each other.

While these reactions from the drug and drug interactions are problematic, there may be other side effects that may happen as well. All drugs will list what their possible side effects are to warn dog owners what to watch for once their dog is taking a specific medication. Just because the negative effects are listed, doesn’t mean they are going to happen. They are simply a warning that there is a slim possibility that your dog may be affected by them. It's important to be aware so if they do by chance occur, you can make your dogs vet aware and get your dog help as needed. Precautionary warnings are simply a reason to take note on the off chance you need to recognize a negative drug interaction with your dog. General side effects that may occur are:

Although these side effects are certainly troubling and should be watched for, an allergic reaction to Clavamox is very problematic. Dogs with a health history that includes previous drug allergies, especially penicillin or a cephalosporin, are more likely to have an issue with Clavamox. If you see the allergic reactions call your veterinarian right away. You should be watching for:

There are also signs if your dog has had an overdose of Clavamox. Watch for: 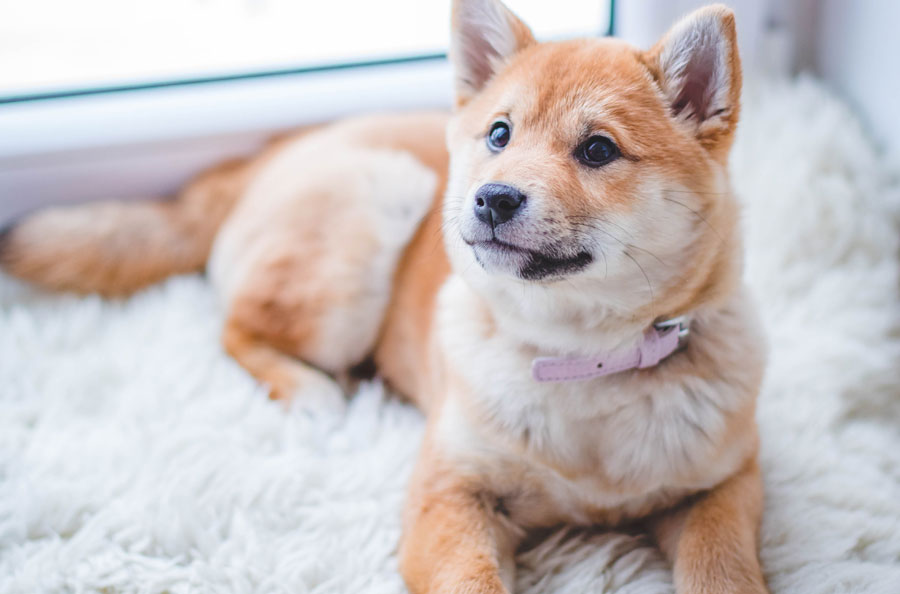 Some of these side effects will be reduced if your pup is given the medication with food as it helps dilute the potency of the pill when it hits their stomach. Water will assist with any swallowing issues.

The critical side effects that need immediate attention are the ones that are involved in overdose and allergic reactions. These can be fatal if not dealt with. This is especially true of an allergic reaction called anaphylaxis. This particular reaction is so quick and deadly you need to get your dog immediate attention as it means their tongue, lips or airway can swell up to stop breathing.

Every medication comes with these dire sounding warnings. They are important but are not something that happens with every dog. Clavamox is FDA approved and has been scientifically tested and proven. Their outline of side effects is to warn owners that there is a possibility of side effects, not assuredness they will have them.

While Clavamox is not a medication that is as well known as amoxicillin or penicillin, it is actually a broader base antibiotic that can treat beyond what the others can. It takes on various forms of bacterial infection while pushing through many simply because it’s a drug of two parts. The amoxicillin combined with Clavulanic acid leads the way in combating tough infections that the antibiotics couldn’t deal with on its own. As many bacteria have become more and more resistant to antibiotic treatment, this particular drug continues to be useful in combating illnesses that others no longer can.

In our attempts to keep our dogs as healthy as possible, we want to keep bacteria in check and make sure it does not make its way into our pups’ body. Illness is not always easy to combat but if it is caught early enough through observation of symptoms, Clavamox can help once treatment has begun. Early diagnosis of a bacterial infection, a solid treatment plan that includes Clavamox and prevention of future infections are all helpful in maintaining your dog’s health and happiness.

This article was brought to you by TherapyPet.org. Visit their site for more information regarding emotional support animals. 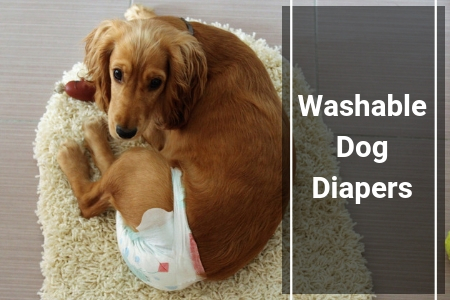 The Best Dog Diapers That Are Washable 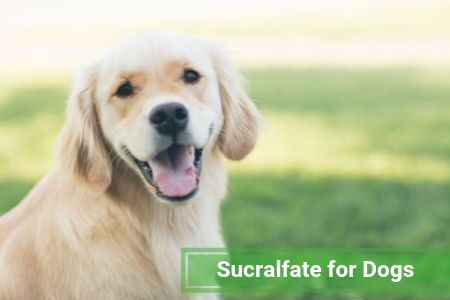 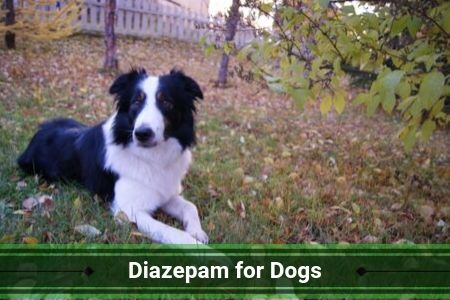 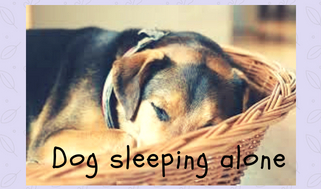 What You Should Know Before Giving Your Dog Alone Time