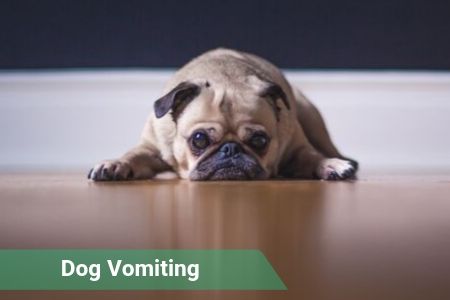 While the topic of dog vomiting is can be completely off-putting, it's an important topic to understand medically for the safety and well being off your pet. No one wants to see their dog ill, but it happens and knowing the difference between a serious health issue or just a passing stomach bug is something that needs to be assessed. If you type in “canine vomiting” into Google you will get so many hits that you will be overwhelmed with the possibilities of what can be causing it, some of them creating unnecessary fear. Vomiting can be a symptom of many casual illnesses, others serious and some chronic. There is no one answer that can determine the cause immediately so its best to assess and then decide if a vet visit is in order. One thing is for sure - we all want our canine best friends to be healthy and happy.

Where to Start When Asses​​​​​sing Dog Vomiting

First, you need to know whether your dog is vomiting or regurgitating. Its probably not a question you would ever have thought you needed an answer to, but you do if you’re going to assess what it is going on with your pup. When a dog throws up (vomits) they are emptying the contents of their stomach and the upper small intestine. This will include liquid, food and any other things they have been chewing on. Before this happens, they will probably show some signs of the impending display. They will be nauseous, drooling, gagging, licking their lips, swallowing repeatedly and their abdomen will be contracting as a human does when we get sick. They are literally “heaving”.

If your dog is regurgitating, that is something different than throwing up. It's not a forceful event like vomiting is. It's simply a calmer motion that gets rid of undigested food and liquids, it doesn’t involve the abdomen using any effort to expel the contents. Signs that your dog is going to regurgitate are different. They will be struggling for breath and probably coughing. Usually whatever they regurgitate is undigested as it's coming from the esophageal area versus the stomach. It may even be in the shape of the esophagus.

So now that you understand the difference, you will know when to look at vomiting as a medical concern. 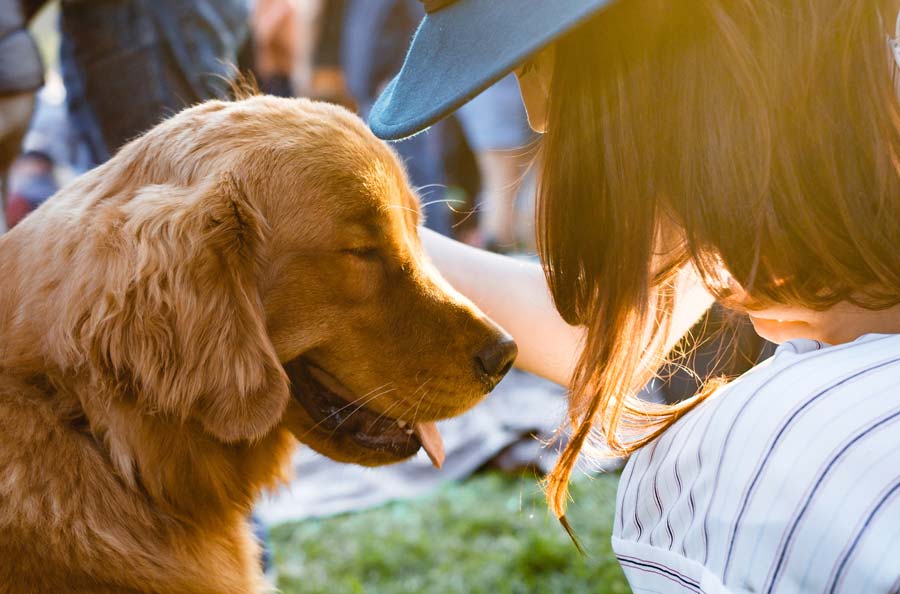 Assessing the normality of your dog's vomiting is important so you know whether to be worried or not. Most dog owners understand that their dog throwing up is not a rare event. Sometimes the healthiest of dogs get ill for no particular reason. It doesn’t bother them. They throw up and then go on with the day no worse for wear. They could have simply eaten to fast, chewed on something their stomach didn’t agree with or snacked too often on grass. Vomiting can actually be a helpful thing for dogs as it will get rid of items that a dog shouldn’t have eaten or is simply motion sickness from being in a vehicle. None of these causes should give a dog owner any concern about their dog’s health.

However, there are times to be mindful of this behavior as some causes of vomiting should be concerning. If your dog just throws up once and has no other symptoms, then they are most probably fine and it’s a simple reason. In contrast, if they have any of the following, it should raise a red flag and its time to take a trip to your dogs’ vet. Be wary of: 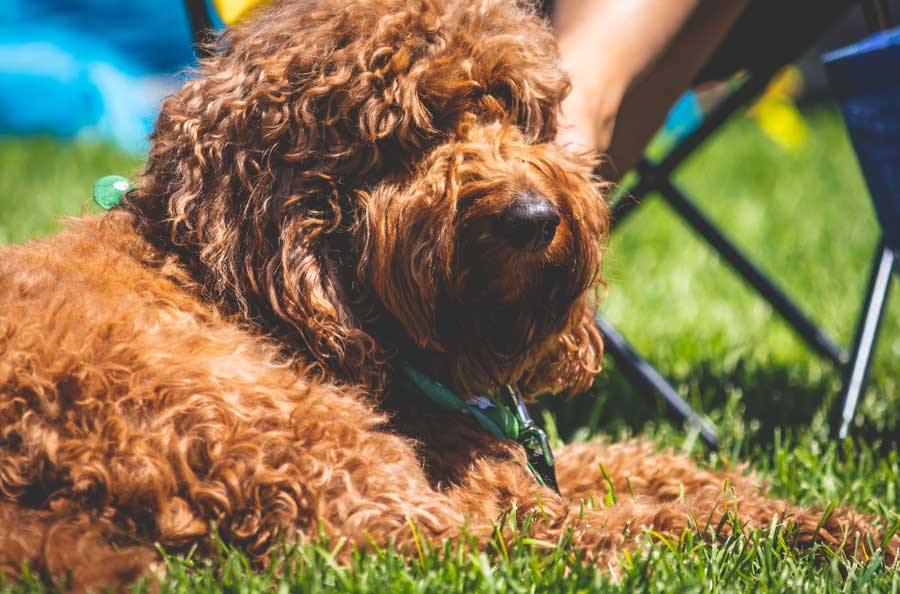 Acute vomiting means that your dog has a bout that came on suddenly or it becomes quite severe. This type of throwing up an be serious and can be a sign of disease, disorders, and complications of both. The following can set off an acute bout of dog vomiting.

While this list seems extensive, knowing what can cause acute vomiting will help you narrow down the cause of your dogs so you can figure out the best course of treatment. Knowing where they have been and what they have been doing will help. If you find an empty chocolate wrapper or some missing grapes, you will know why they are sick. The same can be said if they have been caught in the hot sun for an extended period of time. Both scenarios point directly to the cause of the dog vomiting.

Your dogs’ vet will have a much easier time treating your pup for their acute vomiting if they have an idea what caused it. You are around your dog the most and see what they are up to and get into so have the access to answers most of the time.

Chronic vomiting differs from acute as it is something that happens often or is ongoing over a period of time. However, similar to acute, it can be a significant cause or alarm, especially if there are the following symptoms accompanying it:

Similar to acute vomiting, there are many reasons this could be happening to your dog and the causes need to be narrowed down before the outcome is more severe than your pup simply feeling lousy. These conditions listed are more severe than the ones for acute and some are tied to diseases that are life-altering.

While many of the conditions are treatable, they need to be addressed quickly to avoid severe consequences. Most of these conditions won’t go away on their own and need medical intervention to treat them and make sure your dog gets back on the right track to health. 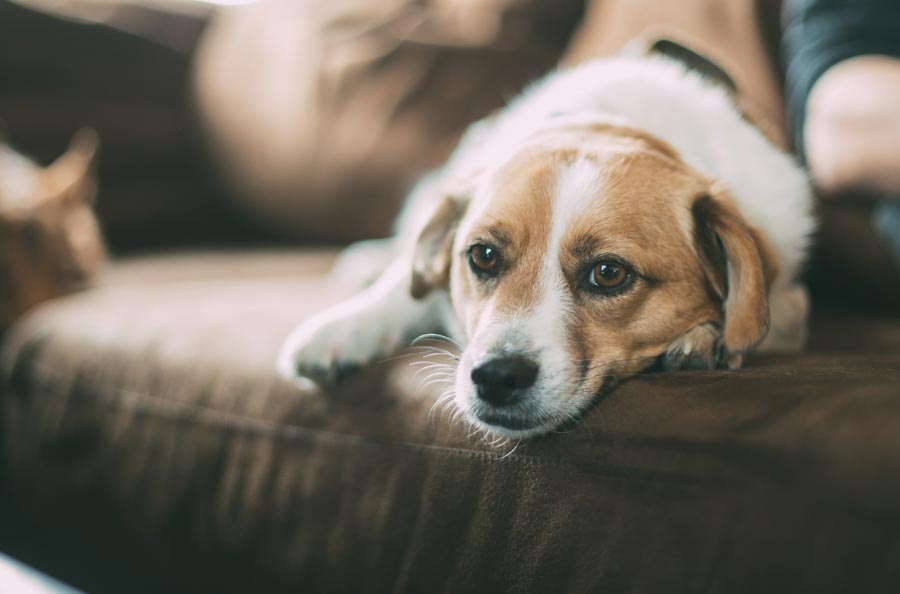 A dog throwing up always has the potential to be something serious, but if it’s a puppy that is sick to its stomach then you need to be hyper-vigilant. Puppies have their mom’s immunity in their bodies for up to about 6 weeks but after that, they no longer have that built-in germ fighter. They may have had their early vaccinations, but chances are their young immune systems are still fairly weak and not up to protecting them as an adult's immune system would. While a puppy throwing up is a caution sign, more than once should have you taking them to their vet to be checked as they don’t have the medical tolerance to deal with dehydration, lack of nutrients and electrolyte issues. Puppies are at higher risk than adults for diseases such as parvovirus and parasites so that needs to be accounted for as well when they vomit. Waiting to see if the problem takes care of itself may mean it is too late for your young puppy to get the help they need. 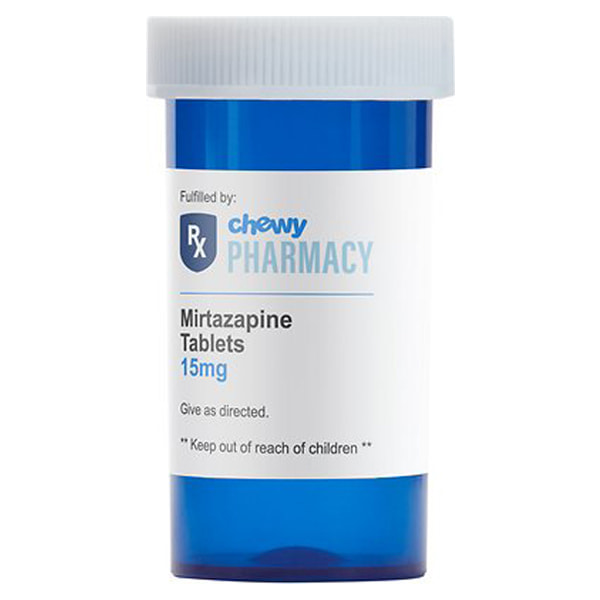 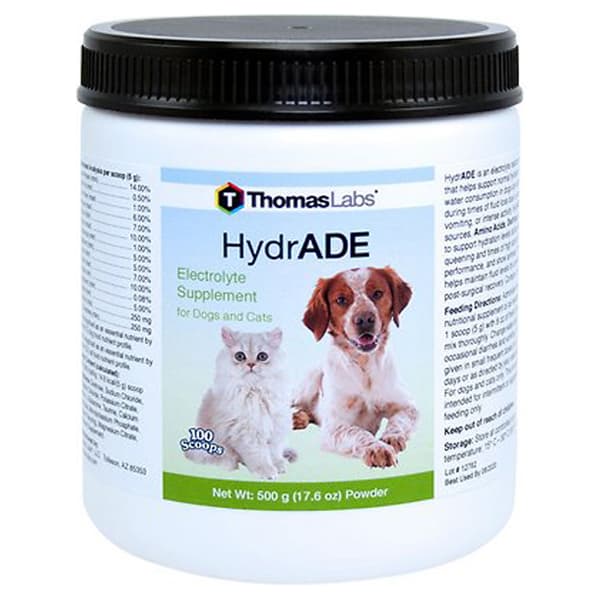 While its pretty simple to discern your dog is throwing up, its not always as easy to figure out why. If you have reached the conclusion that your dog needs to see the vet due to acute or chronic vomiting, then your dogs’ vet and you will have to work together to see if there is an obvious answer.

Once you are at the vet’s office, you will be asked about your dogs’ access to garbage, toxic substances, drugs such as pot edibles and food items that react in canines. Many pet owners don’t know that food such as chocolate, garlic, grapes, raisins, and onions are toxic to their dogs. They will check if you saw anything in the vomit that would offer a clue. Foamy or yellow vomit means an empty stomach or bile and is usually non-threatening to their health but if you see blood or green then be very quick to get them to the vet. Blood can mean there is an intestinal issue and green means they may have ingested poison. Knowing this would be critical to their long term health.

The second set of questions will be around secondary symptoms. If your dog is simply throwing up but has no other symptoms then that changes the direction of the diagnosis compared to vomiting with fever, diarrhea or other symptoms.

If there is no obvious answer from these two sets of questions, the vet will move on to do a physical exam of your dog. They will look for abdominal tenderness, bug bites and other physical characteristics that are out of the norm for your pup. They may also do blood work, ultrasounds, x-rays, urinalysis, and other internal tests to try to find the culprit causing the vomiting. 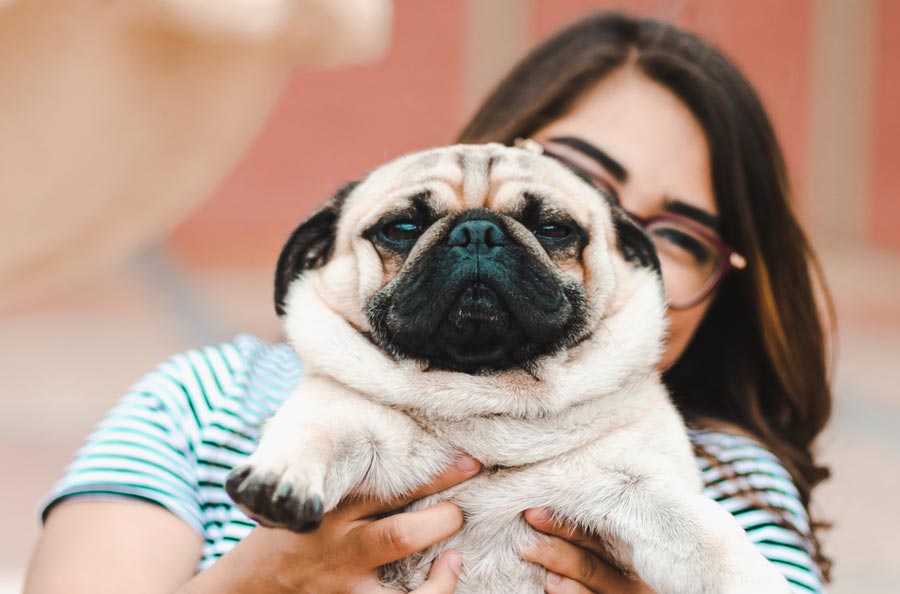 Once all the tests have been run and various scenarios assessed, your dog’s veterinarian will decide the best course of action in addressing the vomiting. While vomiting is uncomfortable and messy for your dog and you, there are secondary issues that can come from it if it's not treated. Dehydration, electrolyte problems and other disorders can appear and need to be treated as well. Perhaps you will need to only treat the symptoms until a bug runs it course through your pup’s system or if more serious, long term medical attention may be needed if the vomiting is attached to a more serious disorder.

If the problem is not thought to be serious then there are simple treatment steps. First, remove all your pup’s food and water for about 6-8 hours. This will give their system time to settle. After that time, if they are no longer throwing up give them some water. If they continue to throw up then you may want to head back to the vets in case of dehydration but if not, then more water can be reintroduced as their stomach accepts its. They can also have some products with electrolytes to help them get their energy back. Finally, after 12 hours if they continue to hold water down, give your dog a very bland meal. Boiled chicken and white rice are a perfect combination as it is easy on the stomach. Stay away from the chicken bones and skin so as not to upset their stomach again. Once this seems to be ok then they can gradually go back to their regular eating routine with a mix of their food with bland food. This should allow an easy transition.

If your dog is more seriously ill, your vet may keep them overnight for rehydration and treatment depending on the cause. If the vomiting is caused by something serious such as kidney or stomach disease, they may issue a prescription for mirtazapine in the hopes of settling their stomach and boosting their appetite.

The vet may also prescribe your dog doses of Cerenia if they suffer from ongoing stomach issues due to motion sickness or a general stomach bug. This one is for more short term use and non-serious issues. Use something like pill pockets if your dog is not keen on taking pills. 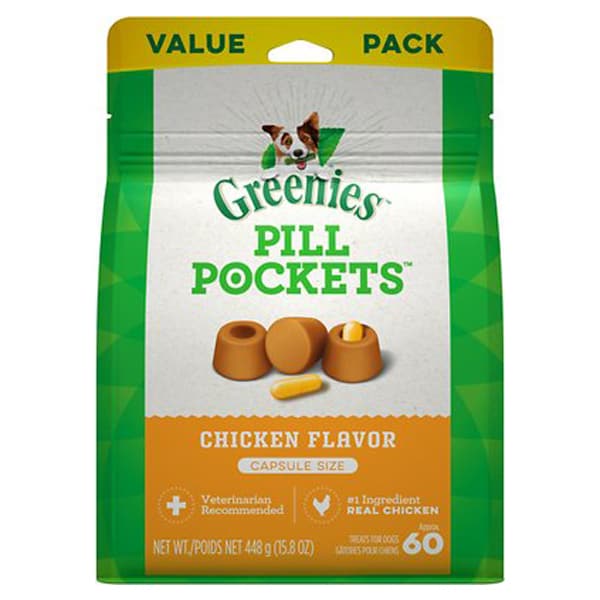 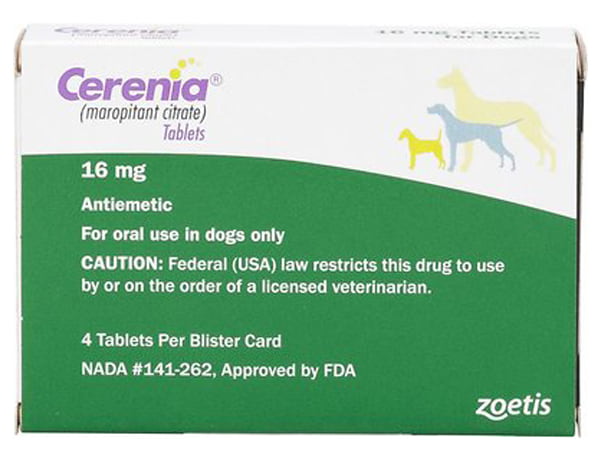 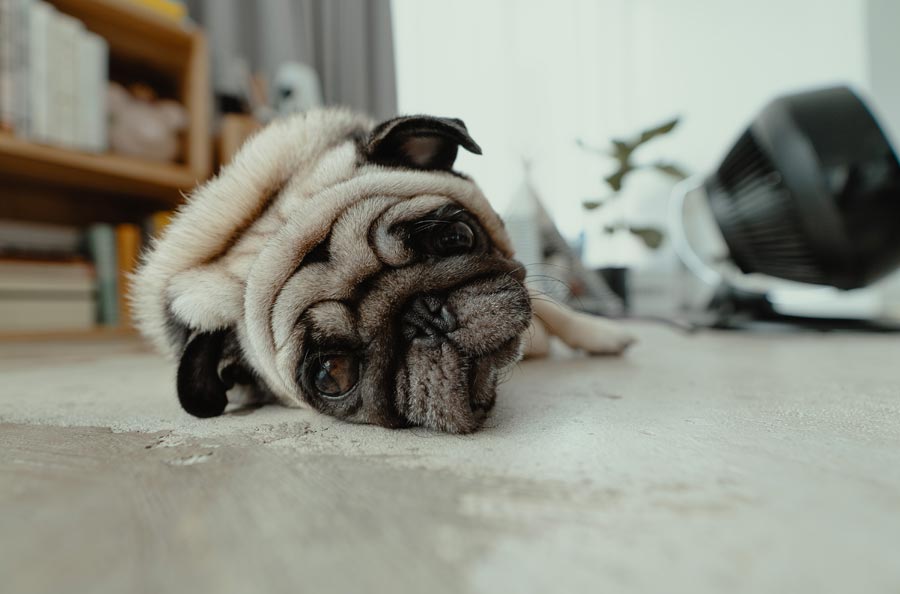 While it's not particularly easy to stop vomiting in dogs due to the many reasons they may be doing it, there are some basic things that might help avoid the problem to a certain extent.

There are no pet parents who like to see their dog ill and especially with vomiting. Luckily most instances are simply caused by the dog’s stomach being upset with something that it disagrees with or from a stomach bug. The important thing about dog vomiting is to know when it becomes serious especially in puppies. A dog can not go on throwing up for an extended period of time without becoming dehydrated and worn out. It's important as a responsible pet owner that you know when to take your dog to the vet for medical attention. While vomiting may not be a sign of something serious, unusual bouts of it should be assessed to make sure your pup has a good recovery and no secondary issues. 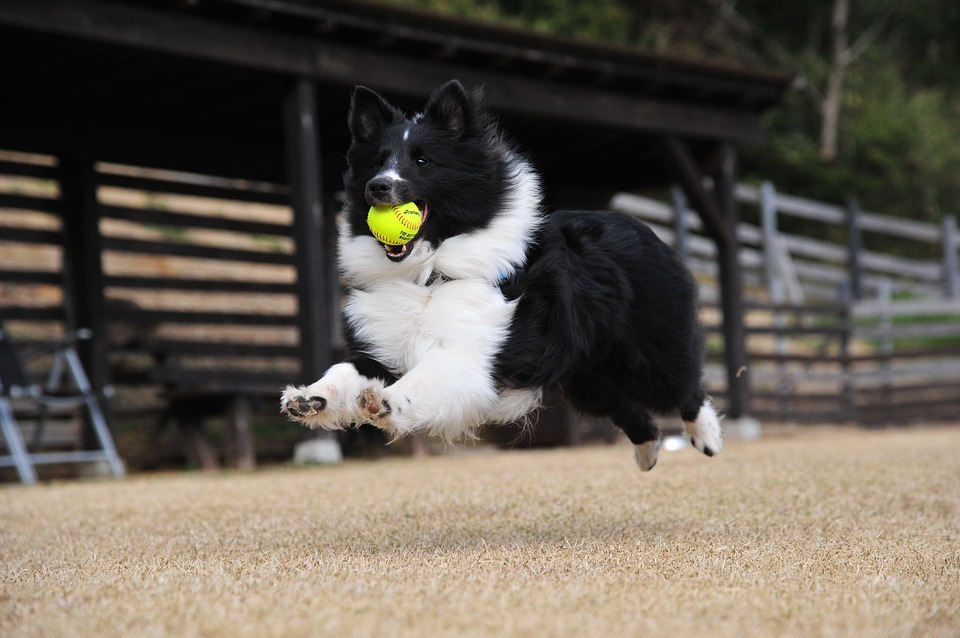 Like Humans, Dog’s Can Easily Overeat and Gain Weight 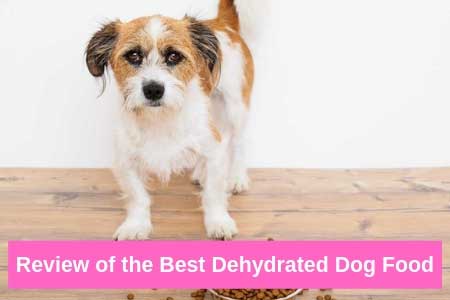 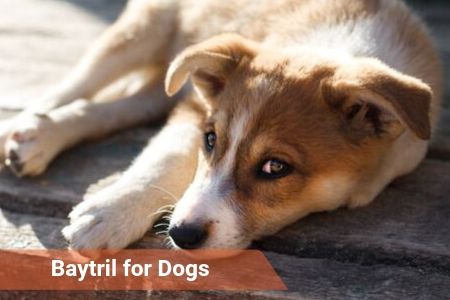 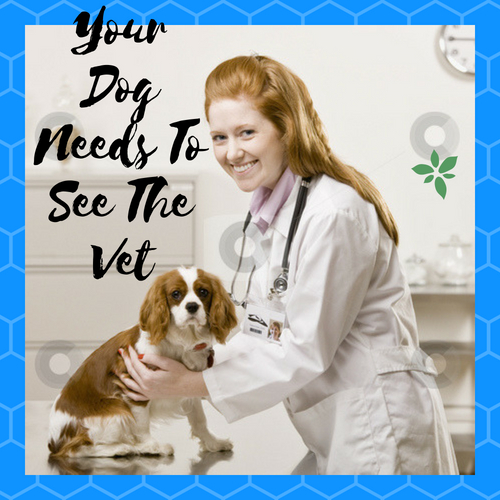